Extracts from Chapter 11: “Story as Therapy”

STORYTELLING is a valuable device when utilised in therapy. But be aware that this is a field for specially trained counsellors and specialist psychologists. If you haven’t acquired these qualifications, don’t attempt to work in this field without specialist guidance. Untrained people can do much harm.

In the sophisticated increasingly mobile and techologically oriented world in which we live, we have less time to build and maintain personal relationships. Storytelling has become a valuable means of communication to help bridge personal gaps. People need to talk to other people, especially if they are intensively using electronic equipment during the working week. Storytelling with its personal communication qualities endows that lost sense of connection to another person.

In the past many of the old stories were not used as entertainment, but were more often considered to be healing medicines. Insights came to both the teller and the audience from the tales which usually required a spiritual groundwork to be completed prior to, and following, the telling.

Many stories evolved out of adversity to show the nobility (or weakness) of the human spirit. These stories tell of experiences which can be your own, your family’s, friends’, or the suffering of others in the immediate or global community.

Surprisingly, many of these old stories reveal special insights, truths and values, which we desperately need in today’s pressured and overstressed society. Many are `trickster’ stories showing us how change is brought about in our lives.

Stories such as ‘Psyche and Eros’ or ‘Innana’ and others, are used to rectify wrongs, teach understanding, assist in behavioural and attitude transformations, heal wounds (such as unresolved conflict and grief) and recreate lost memory.

People can be so traumatised by personal misfortunes and accidents and societal pressures that they are unable to release tensions and stresses which have built up within themselves and so they become ill. By working carefully with story we can show parallels to their predicament and, often, one of the many layers of the story will connect and suggest ways to resolve the problem.

Later, when encouraged to tell their own stories, the listeners recognise the causes of adversity in their lives and, looking from a different perspective, discover hidden solutions which help to begin the healing process. Helen often says, ‘Whatever trauma has happened in your life, you have managed to survive. Merely having survived to tell the story is important. You’re already living proof of success!’

Storytelling is very useful in bridging the gap between the cultures of the world. Although we were continually bombarded with graphic material on our television screens during the course the Vietnam war, a recent outing to see the musical ‘Miss Saigon’ gave me and others in our party a greater understanding of the Vietnamese people’s suffering. The storyline was superb and so effective. Truth was dressed up as parable and the message was received.

People who have immigrated from other countries can tell their stories to help build acceptance and a sense of personal value in their new community. Their stories add a new and different flavour, helping to enrich the culture and develop understanding amongst the community they have adopted. This is especially useful in the classroom.

Where a foreign student is having difficulty with the new language, the teacher may ask the class to make up a story in which all the ‘power words’ are in the language of the newcomer. Alternatively the class could go on an imaginative journey to the newcomer’s country of origin. The story of this journey allows the foreign student to participate by translating common phrases and values for the rest of the class, giving the newcomer an enhanced sense of self-esteem.

There are so many great stories from overseas out there in the community just waiting and needing to be told. Schindler’s Ark, a story told to Thomas Kenneally by a Polish immigrant, later became the classic film ‘Schindler’s List’, which is now helping our younger generation understand the lessons and horrors of the Jewish Holocaust of the World War II. This knowledge may even help prevent a similar occurrence during their lives — such is the power of story.

In our New South Wales Storytelling Guild we welcome people from all cultures to come and tell their stories. When this type of sharing occurs, everyone in the guild gains in knowledge and understanding. Through storytelling we can all learn how to communicate with each other again and to break down many of the current social barriers. 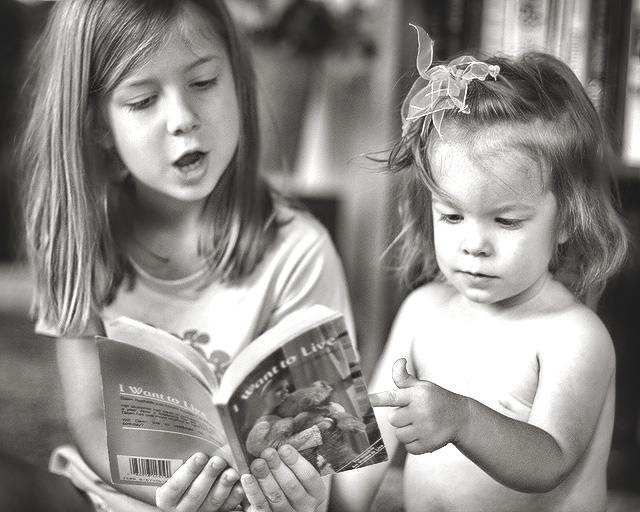